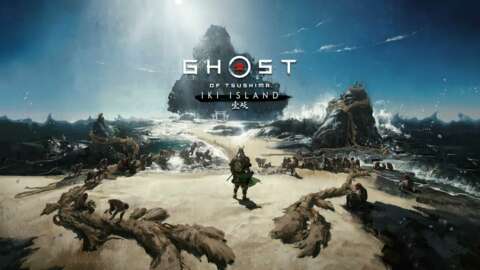 Ghost of Tsushima’s forthcoming Director’s Slice will add a bunch of new articles for PS4 and PS5 players, with the significant attract currently being an totally new campaign set on Iki Island. As for why protagonist Jin Sakai is venturing to this new place, that will come down to the samurai hunting down a mysterious Mongol tribe that has received a foothold on the island, which is led by a shaman named Ankhsar Khatun. Recognised as “the Eagle” to her followers, the remnant Mongol forces after all over again stand for a threat to Tsushima and the rest of Japan.

In a PS Blog site post, developer Sucker Punch explained that Sakai won’t just be taking on new adventures while discovering the island, but he’ll also be pressured to confront aged fears and unearth deeply buried traumas that are associated to his clan’s dark heritage. Iki is described as a wild and lawless land of raiders and criminals by Sucker Punch, and Sakai will after again have to sort new alliances with unlikely associates if he wishes to stop the Eagle and her followers.

“With every little thing that has occurred this earlier calendar year, it is no accident we also needed to convey to a tale of therapeutic,” Sucker Punch senior writer Patrick Downs extra. “And we felt this would pose a exceptional and powerful obstacle for Jin. We all put up with wounds, from the humblest farmer to the mightiest jito. Wounds from the earlier that we have with us. And the thing about a wound is that you can not fight it, or stealth your way all around it. Ghost weapons and samurai methods is not going to aid you. A wound can only be healed.”

Pricing on the Director’s Cut will come in various tiers while, as accessing the new story material and updates on PS4 will charge $20, while a direct improve from the PS4 edition of the match to PS5 will set you back $30 when it comes on August 20.

GameSpot may well get a commission from retail gives.